Easter may be a faint glow in our rearview mirrors (on the busses, of course; who has a car here??), but that does not mean that Germany is lacking in holidays.

Today is May Day, a holiday that is celebrated not only in Germany, but also in many other parts of the world. It is a day commemorated to ushering in the warm weather associated with summer (similar to Germany’s Fasching in late January/early February). The Maibaum, or Maypole, is typically erected in the center of town, and citizens gather to celebrate and participate in the ribbon dance.

In other parts of the world, May Day is also known as International Workers Day, a day that the working class has dedicated to fighting for fair labor laws, originating in the fight for the 8-hour work day in Chicago. In Germany, the first of May is also the Tag der Arbeit, or Labour Day. Officially declared a holiday in 1933, the first of May is a day for the working class to hold demonstrations for workers’ rights. In recent years, the largest demonstrations are held in Berlin and Hamburg in the north of Germany. 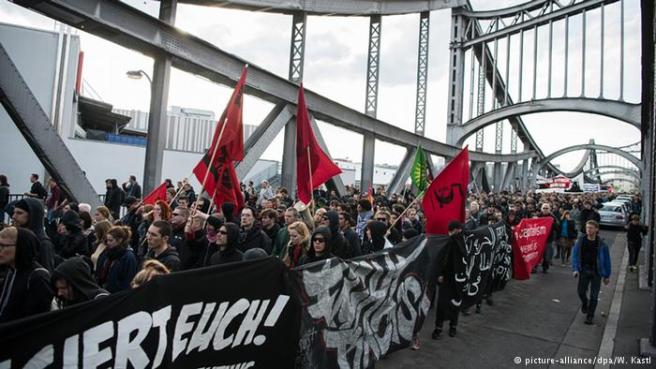 Yesterday, April 30th, is a holiday known as Walpurgisnacht, or Walpurgis Night. Taking it’s name from Saint Walburga, the patron saint against evil spirits, Walpurgisnacht is the night when witches gather on the Brocken Mountain in central Germany to dance with the devil. It is also a night for people to join together in parties known as Tanz in den Mai, or the “dance into May.”

This weekend is also the last weekend that Frühlingsfest is taking place in Munich, and the second-to-last weekend for the fest in Stuttgart. Similar in many ways to Oktoberfest, Frühlingsfest celebrates the end of a long, cold German winter with several weeks of carnival rides, games, and beer tents. A few weeks ago, I had the opportunity to spend a Saturday in Munich, enjoying the atmosphere and tasty Bavarian beer. 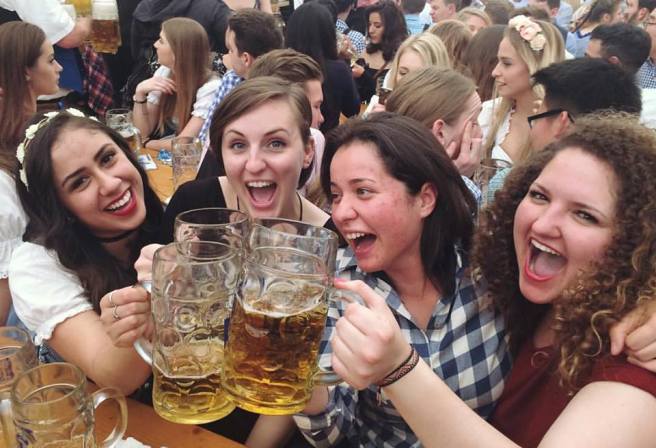 Don’t worry, we’ve still got plenty of holidays ahead of us. Germans never seem to run out of reasons to celebrate. Up next, we’ve got Muttertag next Sunday, and Pfingsten the following week, which provides me with a whole week’s opportunity to travel.