The bus ride from Prague to Munich is roughly 6 hours long, and we crammed in as much sleep as we could during the trip. We arrived in Munich at about 5am, and as the day’s festival wasn’t set to start until about 2pm, we headed out to our pre-determined napping spot.

After a couple tram rides and a short walk, we arrived at the Englischer Garten. Because it was still quite early on a Sunday, the park was rather empty, and we selected a place to lay out our blankets for some more sleep. We covered our eyes from the sun and got about 3 or 4 hours of sleep before the park began to fill with people. 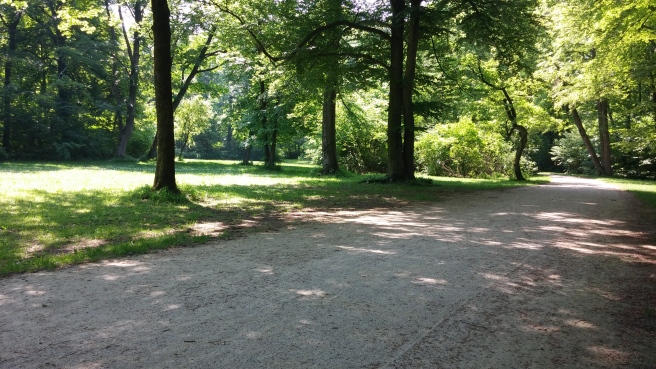 We woke and moved our things out of the way (we had slept in a pathway, as the dew on the grass would have soaked through our blankets). We ate our breakfasts on a bench and watched people and families stroll along the nearby paths.

There was also some sort of firefighter parade getting ready to go through the park behind us. It was neat watching so many different fire trucks from various points in time staging and getting ready for the parade.

After we had finished eating, we headed back to the Hauptbahnhof (main station) to put our packs in a locker for the day. Then, it was off to Olympiapark!

We arrived, got our bracelets, and entered. First thing first: get a T-shirt before they all sell out! Once that was accomplished, we wandered around, checking out the bands that were playing.

We saw some bands we hadn’t heard of before, some bands we had, and some we love. It was my first experience at a festival, and also my first time experiencing a double stage, which turned out to be a fantastic way to run a show with many bands.

Among the bands we saw that day were Gojira, Anthrax, Ghost, Slayer, and Sabaton. It was my first time seeing all except Sabaton, who I had seen once before. They all put on a great show, and we had a great time, although we probably would have enjoyed a couple pairs of binoculars.

Some time in the middle of the afternoon, a storm began to roll in. Warnings were displayed on the screens hanging next to the stages, warning the crowd in the pits of the coming weather.

Diane and I had seated tickets (the pit was sold out when we bought them), so we didn’t have to worry too much about the rain, but it did get pretty windy, which brought rain our way from time to time.

The storm didn’t bother us; to the contrary, it made the show that much more awesome. For me, it was super cool to watch one of my favorite bands (Sabaton) play with lightning flashing across the sky. Definitely an unforgettable experience.

Finally, Iron Maiden took the stage. Their setup was elaborate and matched the theme of their newest album, The Book of Souls, which had been released the previous year.

It was my first time seeing Maiden live, despite having listened to them for about ten years. I’ve always admired lead vocalist Bruce Dickinson’s talent, but hearing his voice live was nothing like a recorded album. That man truly has a gift. 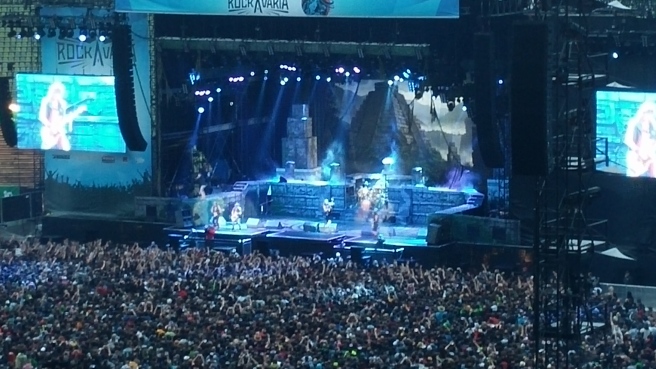 The show was incredible, and it’s hard to find words. If you have been to see a beloved band at an awesome festival in an incredible location, then you know the feeling.

Dickinson had so much energy, it was really moving, especially because he spent a few years recently battling and recovering from oral cancer. My photos of their stage are pretty much rubbish, because we were so far away, so I’ll include some that I’ve found online:

Diane and I actually had to leave about 20 minutes before the end of their set (they played for about two hours), because we had to catch the last trains back to Ulm, where Diane lived and where we were sleeping for the night. It was definitely a bummer, but these are some of the extra costs with which traveling cheaply comes.

Overall, it was an epic and unforgettable show, one that will be hard to beat (but that doesn’t mean I won’t try).

Here are some more photos from the day: 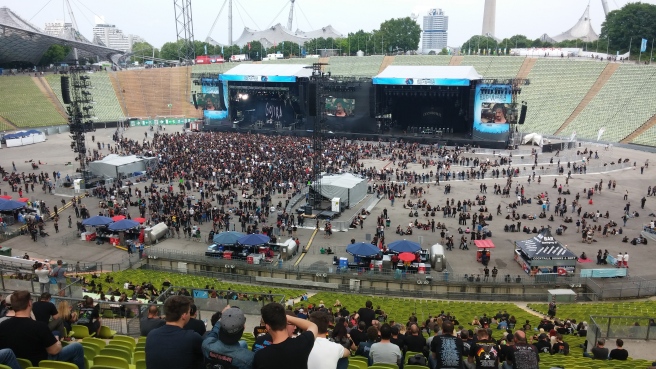 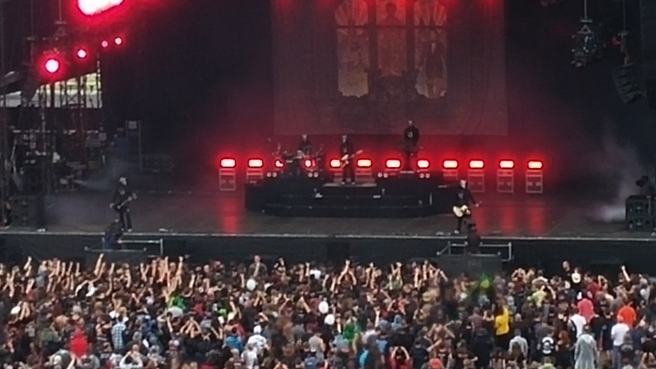 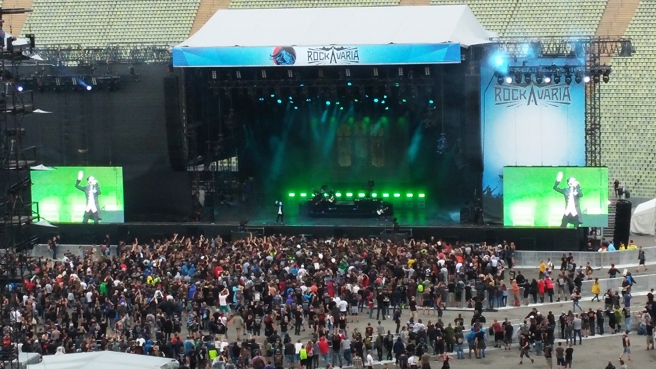 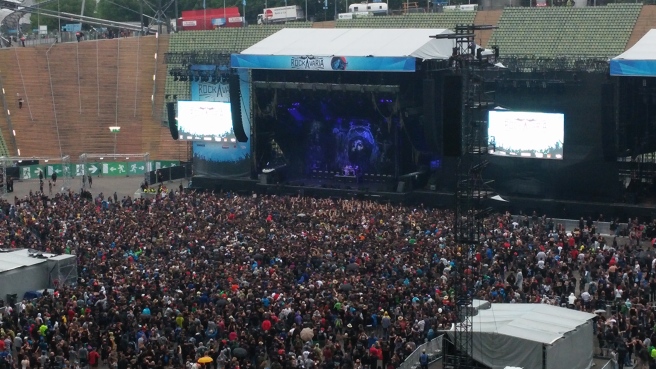 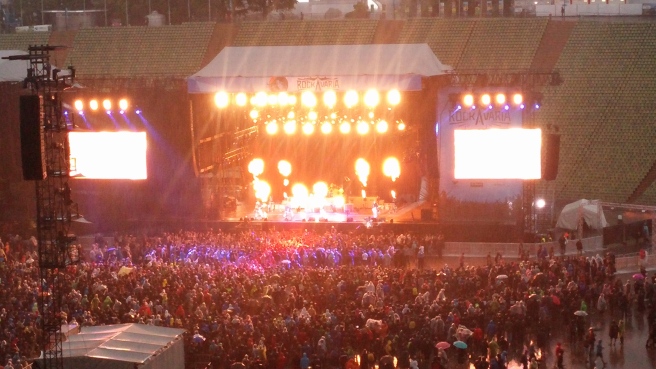 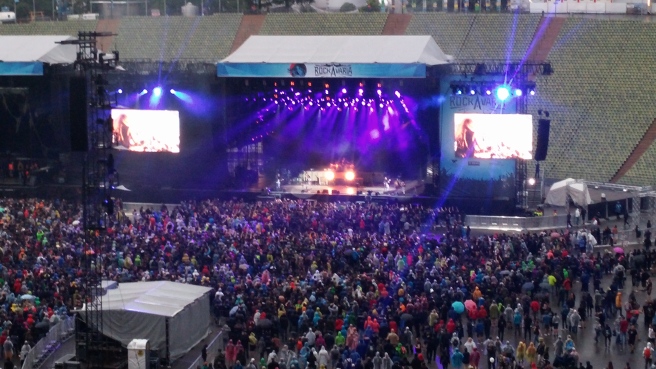